Sewer line repair is a stressful and expensive process no matter how you choose to do it. However, using the best method for your circumstances can help to ensure that the process is as simple as possible, while also minimizing the costs involved.

Traditionally sewer lines were repaired by digging up the entire length of the piping, replacing it with a new pipe, and then covering the new pipe again with the excavation materials. This process is messy, labor-intensive and expensive. However, in some cases it is easier and cheaper to use trenchless pipe bursting to repair a damaged sewer line.

Trenchless pipe bursting uses special equipment to crack open the existing damaged pipe and draw a new pipe through the remains of the old one. The damaged pipe is completely destroyed and replaced with a brand new pipe using new materials that last much longer than old metal piping.

Here are 5 reasons that might make trenchless pipe bursting the right choice for your damaged sewer line repair.

By avoiding the need to dig a large trench, pipe bursting leads to significantly less damage to the area surrounding the pipe. Trenchless pipe bursting also avoids a number of toxic chemicals that are often used in trenching, which means less harmful toxins in the area around the repair.

Trenchless pipe bursting is usually the preferred method in the yards of houses, as well as other areas with greenery or that are used by people for recreation. The damage from trenching can be substantial, and it can be very expensive to return the area to its pristine state, when it is even possible. Trenchless pipe bursting is similarly ideal for digging under roads, pavement or other pathways, to avoid harming the expensive roadwork above.

A Reduction In Labor

Trenchless pipe bursting requires significantly less labor to perform equivalent repairs. The only personnel that are necessary are a few professionals to deliver and control the equipment. The lower labor involved often leads to cost-savings, but it also makes the process much quicker and simpler, as you need to rely on fewer people performing fewer tasks. This lower need for labor also makes the entire process significantly safer, which means much lower chances of potentially costly accidents that can slow progress.

Depending on the circumstances of the repair and your location, trenchless pipe bursting can often be significantly less expensive than trenching. The largest cost involved is getting the equipment to the site, but once the process is begun, the length of the pipe to be repaired has little impact on the overall cost. This is in direct contrast with trenching, where the longer the pipe, the greater the costs will be. Similarly, the type of soil that the pipe is in will have a significant impact on the equation, where trenchless pipe bursting may be significantly cheaper than digging through extremely hard or soft soils.

Trenching can expose workers and other people in the area to a number of potentially harmful chemicals and toxins, such as asbestos and molds. The trench itself can represent a danger to workers, but is mostly a hazard for children and animals.

Trenchless pipe bursting is usually a much quicker process than traditional trenching. Not only is the actual repair process itself much quicker, but it is easier to arrange and requires fewer different professionals and pieces of equipment to complete, which means less delays and waiting between the stages of the process.

5 Things to Know About Water Leak Repair in Bakersfield, CA. 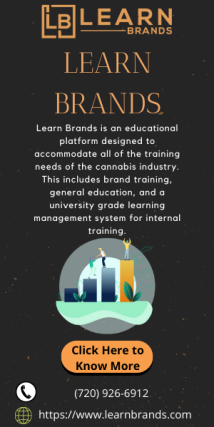